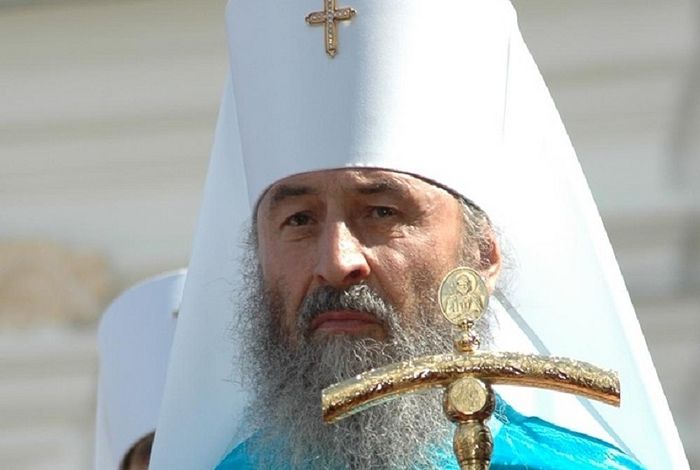 The site of the Ukrainian Orthodox Church has published an address of His Beatitude Metropolitan Onuphry of Kiev and All Ukraine to the faithful of the Church and Kiev city officials in regard to the upcoming LGBT “March for Equality” in Kiev, set for Sunday June 17.

The Ukrainian primate fulfills his episcopal duty, speaking the truth in love. Souls hang in the balance over this issue he writes with a sense of urgency, firmly stating the Church’s consistent position on homosexuality while refraining from any kind of condemnation. As the nation’s spiritual authority, he does not content himself to merely ask open-ended questions or initiate “dialogue” with the propagandists of sin, but gives voice to the pure teachings of Christ.

“The institution of the family, as the union of a man and a woman, was established and sanctified by God Himself. And today we, Orthodox Ukrainians, cannot silently watch as traditional family relationships are trampled upon and debased, and they try to impose not only foreign, but sinful worldviews upon us,” His Beatitude writes.

“We respect other people’s worldviews and interests,” he adds, but Met. Onurphy does not shrink from taking a stand: “However, they should not propagandize sinful perversion.”

The LGBT march is part of the 11-day “KyivPride 2018” program that also includes events such as an “Orthodox Christianity and LGBT” public discussion and tours to famous LGBT sites in Kiev. Gay “marriage” is illegal in Ukraine, and in 2016, President Petro Poroshenko promised that it would remain that way. According to a 2016 poll, nearly 70% of Ukrainian citizens believe that gay relations should be totally prohibited in Ukraine, 15% believe that they should be substantially restricted, and only 8% are against any restrictions.

Address of the primate of the Ukrainian Orthodox Church
to its faithful children and representatives of the Kiev city government
on the holding of the “March for Equality”
in Kiev on June 17, 2018

The holy Orthodox Church, founded by our Lord Jesus Christ and guided by the activity of the Holy Spirit, has stood on guard for centuries, preserving the purity of the Gospel truths. For centuries, our grandfathers and great-grandfathers have sacredly preserved and transmitted family values and family traditions built on the commandments of God to their descendants. The institution of the family, as the union of a man and a woman, was established and sanctified by God Himself. And today we, Orthodox Ukrainians, cannot silently watch as traditional family relationships are trampled upon and debased, and they try to impose not only foreign, but sinful worldviews upon us.

Once again, our Church emphasizes that holding such events is public and open propaganda of sin, in particular sexual perversions. It can inflict irreparable harm on the pure hearts and souls of our children, and moreover, draw the wrath of God upon the Ukrainian land, where the innocent blood of Ukrainians has already been spilled for several years in a row. Sacred Scripture resolutely condemns the sin of sodomy and any other unnatural deviations.

We respect other people’s worldviews and interests. However, they should not propagandize sinful perversion. It is unacceptable to equate sin with the freedom granted by God. And therefore, sensing our responsibility before God and man, concerned about the present and future generation, we appeal to you, respected officials, with a request to not allow a march by representatives of the LGBT community to be held in Kiev, the capital of our state.

In connection with this, a moleben for the preservation of Christian family values and for the granting of peace in Ukraine will be held on June 17 at 2:30 in Marsiinsky Park in Kiev, near the memorial cross. It is blessed to offer prayers in the churches and monasteries of the Ukrainian Orthodox Church that the Lord would not allow the spread of sodomite sins among our God-loving people.

We believe that the intensified prayers of the faithful, and the wisdom and balance of our leadership will be the key to God’s mercy and blessing for the glorious city of Kiev and the Ukrainian land!

+ Onuphfy
Metropolitan of Kiev and All Ukraine,
Primate of the Ukrainian Orthodox Church